The Role of the Glove Arm in Your Delivery

When looking to construct a high level pitching delivery, there are many aspects or phases of the pitching delivery that a player or coach will analyze and look to replicate.  One of the most overlooked and underutilized is the role and movement patterns of the glove arm. Creating an efficient and fluid lead arm will allow your throwing athlete to access movements in both the horizontal and rotational phases of their delivery.

Gaining a baseline knowledge of your athlete using a form of video feedback will be instrumental in gaining a more efficient movement pattern of the lead arm.  Understanding the two phases the lead arm goes through and the timing of how they interact with the other movements happening simultaneously can be best understood and evaluated through a video review.

Understanding the two fundamental phases of the glove arm are critical when dissecting its movement pattern.  The Horizontal phase of the glove arm occurs first and occurs when the hands break from the set position. This Horizontal phase creates two critical movements that are absolutes when comparing high level throwers.  The first critical movement is the ability to create direction to home plate. At the hand break position, as the throwing arm begins its path into layback, the glove side arm begins its forward path to home plate. The lead elbow and forearm creates the angle that the shoulders will be in once the rotational phase of the delivery begins.  If this position is achieved, the athlete will be able to create space for the rotational phase of the delivery. As shown by Marcus Stroman in the image below, his glove is away from his chest, allowing his body to move freely without a glove block in to his chest. If an athlete does not create space between his chest and his glove, once the shoulders begin to rotate, the glove will hinder rotation and block the forward movement of the chest. 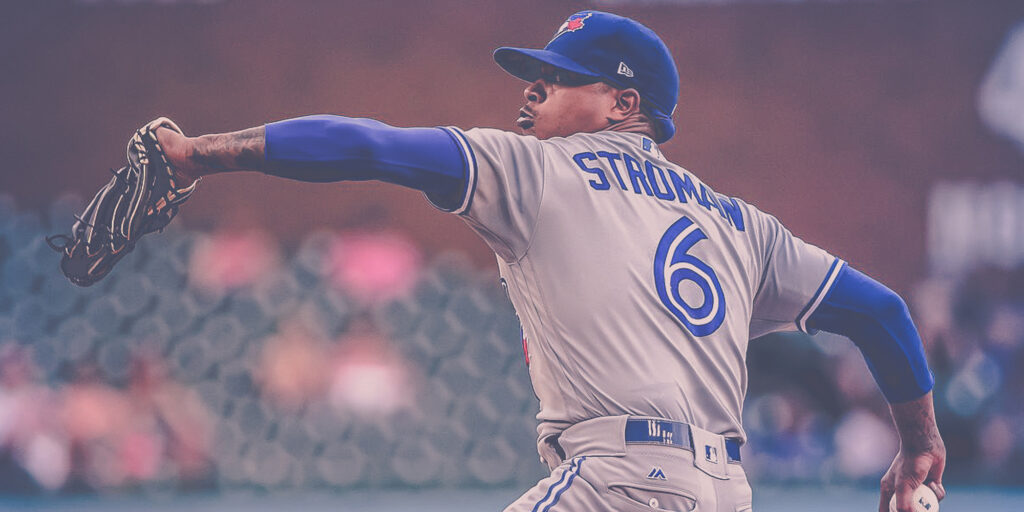 Once the gloveside has created space and established direction, the rotational phase of the delivery begins.  This phase is usually marked by heel strike of the athlete’s lead leg. When the lead leg is in the ground, the athlete then begins to rotate at the hips and shoulders to deliver the pitch.  At this point in the delivery, the glove arm begins to fold in to either the hip or armpit of the athlete. This folding, or turning of the front arm back into the body allows for an efficient rotation of the throwing shoulder around the center axis of the body.  Shown in the below image of Noah Syndergaard, with adequate space to rotate, the throwing arm then begins its arm spiral into forearm extension and release. 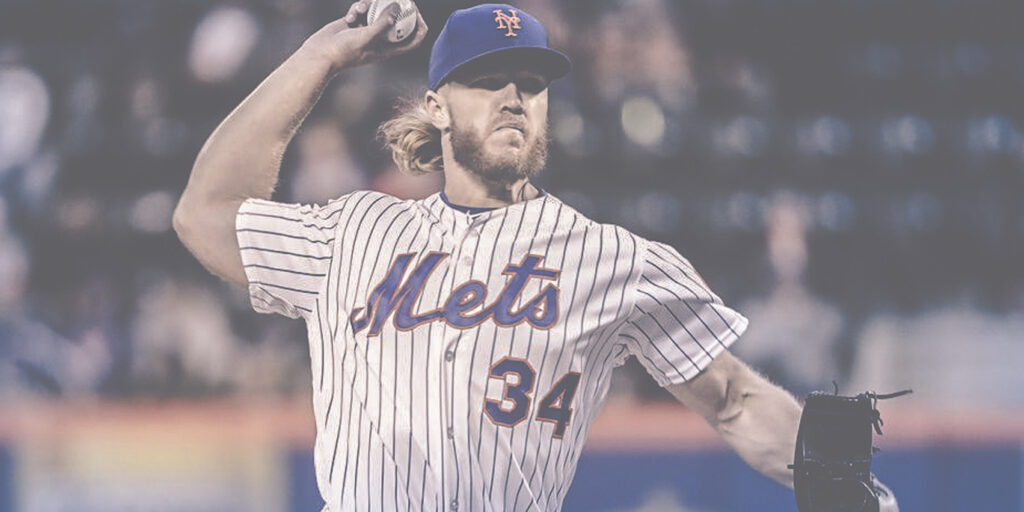 The job of the glove arm is not complete once the body is at ball release.  Helping to maintain posture of the chest is the final phase of the glove arm in the pitching delivery.  Continuing the path to either the hip or armpit, the glove arm aids in the rotation around the lead leg even after the ball is released.  Allowing this forward rotation of the shoulders creates a more rotational finish with the body finishing around the lead leg, not having the chest push through the leg.  The image of Josh Hader below illustrates the rotational aspect of the finish. The glove arm is located behind his glove side hip to not hinder the rotation of the upper body. 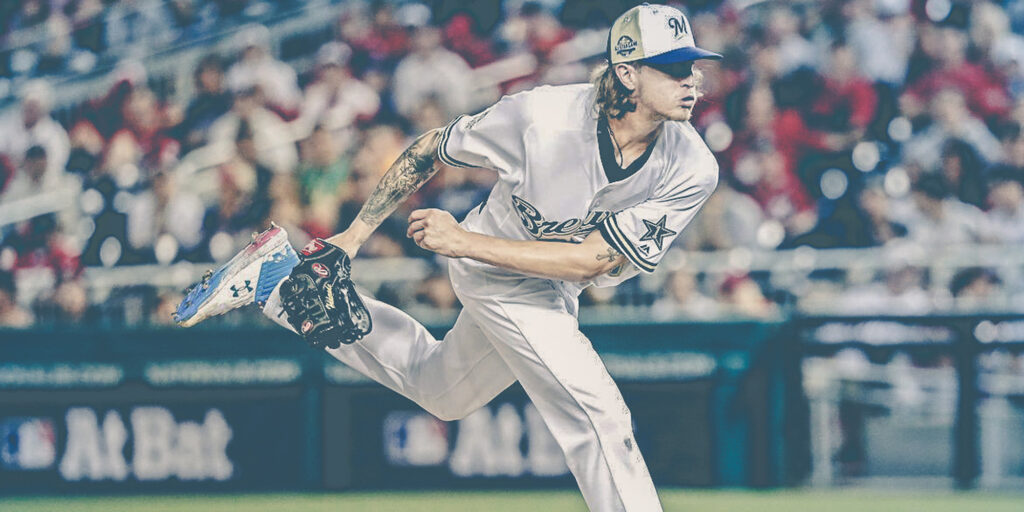 While creating a high level pitching delivery, the role of the glove arm is pivotal to creating a high velocity thrower, as well as consistent movement pattern.  Seeing both direction to home plate to pair with priming the body to be in a position to rotate efficiently is the initial job. Once at foot strike, the folding of the front elbow signals the body to begin its rotational phase and finish of the pitch.  Allowing the glove arm to be fluid and athletic are crucial to developing a high output and efficient pitching delivery.